What You Need to Know About the New iPhone SE

For the past few years, Apple has consistently upgraded their phones so that they are bigger in size, and grander in specs. For many, Apple devices have become the center point of their home entertainment spaces. However, the price for this type of quality has been steep. Fortunately, the tech giant has plans to release a more affordable line in the form of the iPhone SE (Special Edition). Here’s everything you need to know about it.

What Should Have Been The iPhone 9

Back in 2017, iPhone unveiled the news of an iPhone SE—though it never made it to the shops. It looked every bit like the previous iPhone 8 but with more powerful specs and slightly sharper edges. However, this year also marked the time when competitors Samsung and Huawei started riding on the “bigger is better” phone trend, with the addition of elaborate cameras. As such, the iPhone SE was quickly pulled back and replaced with the new iPhone X series. Thus, the age of compact iPhones had to be put on hold.

The Rationale Behind The iPhone SE

The iPhone X undeniably has better specs, from the size of its screen to its dual 12MP camera. But as mentioned, these features don’t come cheap. Coming from iPhone 8’s $699 pricing, long-time iPhone users were shocked when X was revealed to clock in at $999. Nonetheless, consumers and avid fans continued to buy it, but plenty of reviewers agreed that it was too expensive to be a sustainable model. The trademark Apple design (tiny, lightweight, and with a home button) was replaced with this next-gen concept as well. What happened to the iPhone users grew up with? Thankfully, Apple addressed these concerns. A full three years later, we saw the comeback of a fully polished iPhone SE. 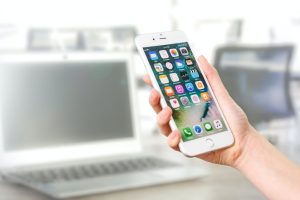 In terms of design, the iPhone SE 2 looks much closer to the iPhone 8 than any of the recent models. It brought back the home button, for one, and it’s much smaller—with a modest 4.7 inches and 1334×750 display. It boasts only one 12MP rear camera and a 7MP front camera.

However, while the phone’s exterior is reminiscent of older times, the inside components definitely aren’t. Printed circuit boards (PCBs) are integral to smartphones, serving as the foundation for crucial aspects like processors and memory chips. Manufacturers rely on flex PCBs to link several boards together, ensuring powerful performance even in the simplest and smallest of devices. As an example, the higher end iPhone SE 2 uses a 10-layer Substrate-like PCB motherboard, and this is the same technology used by the iPhone 11. This in turn gives it the ability to utilize the A13 Bionic chip and boost its processing capabilities.

Since they’re bringing back the “old” iPhone, the market was predicting the iPhone SE 2 to be cheaper than current models—and consumer expectations were far exceeded. For 64GB of internal memory, the iPhone SE is priced at $399. It’s available in 128GB and 256GB too, for $449 and $549 respectively.

How can Apple afford to offer these prices given its 2020 specs? The answer lies in three aspects: its smaller screen, one back camera, and 3GB of RAM (as opposed to iPhone 11’s 4GB). The last one implies that it’ll be a bit less powerful, but it’s hard to complain with its $399 price tag.

Unfortunately, due to circumstances, the market will only see the iPhone SE launch officially in late 2021. Still, that gives Apple a couple of months to further improve on its specs. All in all, it’s an exciting time for Apple and the entire smartphone landscape.

Top 10 Movies to Geek Out On While Stuck at Home